Home movies 1917: A Tour de Force at the Trenches of WWI
movies 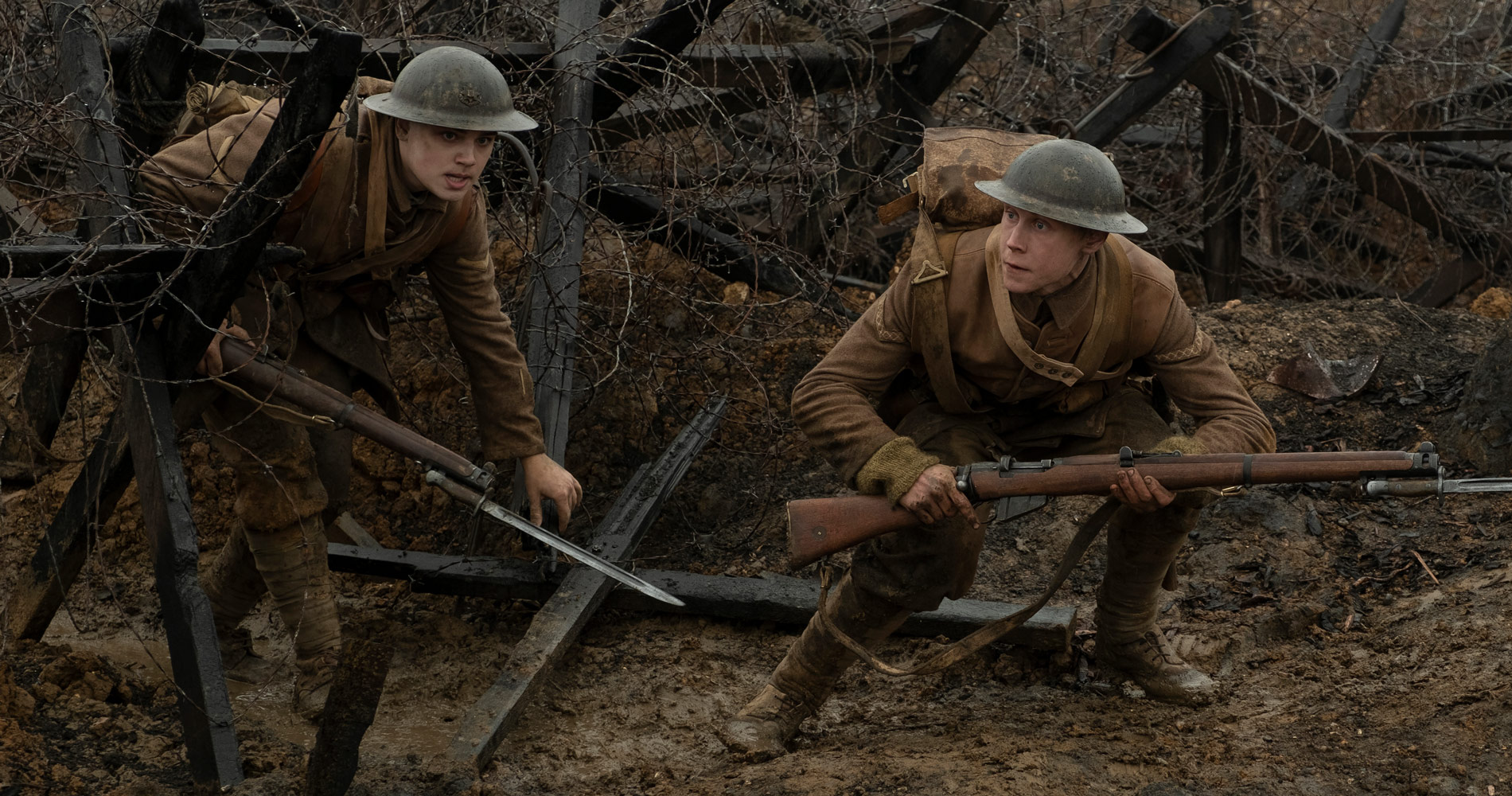 The Beardict: 8.75 out of 10. Without a doubt, 1917 is one of the most unique and suspenseful films I’ve ever watched. I now fully understand why it was nominated for a whopping 10 Oscars. If it doesn’t win Best Picture, then it’s at least going to win Best Cinematography, Sound Mixing, and Sound Editing. 1917 was able to transport the audience to the harsh conditions of World War I, and it didn’t even need 3D to do it.

#1 Super Cinematography. A lot of things in 1917 are amazing, but its extraordinary cinematography pretty much tops everything else. Veteran cinematographer Roger Deakins, who won an Oscar in 2018 for Blade Runner 2049, brings his A game to this epic war drama. This is the first movie I’ve watched wherein the entire thing has no visible breaks, and seems to have been shot in one take. Although Deakins reveals in a New York Times interview that in reality, the longest shot was only seven minutes, the fact that all 119 minutes of the film is seamless is quite impressive. Because the camera is always following the main characters, it feels like wherever they are, the audience is right there with them. 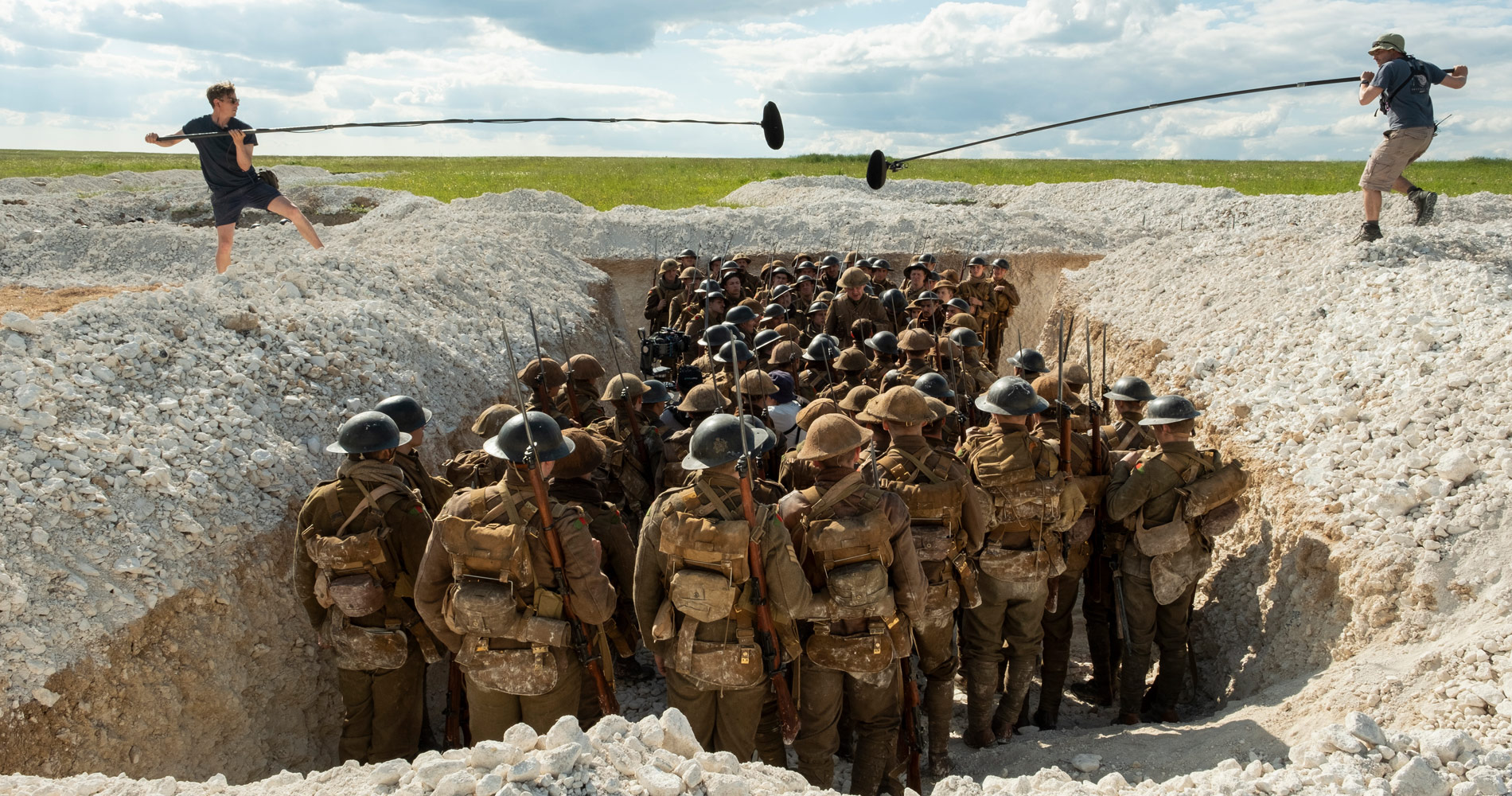 #2 Excellent Use of Sound. Not far behind the cinematography is 1917’s sound quality. The thudding of boots, the gushing of water, the ravaging of fire, and the scurrying of rats–all of these were given special attention, leading to such a solid experience. During the action scenes, every rifle shot fired by the Germans surprised me, and a part of me felt like I could get hit. Seriously!

#3 Randomness and Cruelty of War. From history books and documentaries, we have learned that war is very bad for everyone involved, especially for the soldiers in the frontlines. 1917 builds on this by showing us that more than the fighting and the shooting, it’s the other things that make it quite terrible–the collateral damage, the health risks in the form of infection and rodents, the lack of food, the random and senseless deaths, and the fact that you’re all fighting under the same flag but almost everyone is a stranger to you, while your real family is waiting back home. 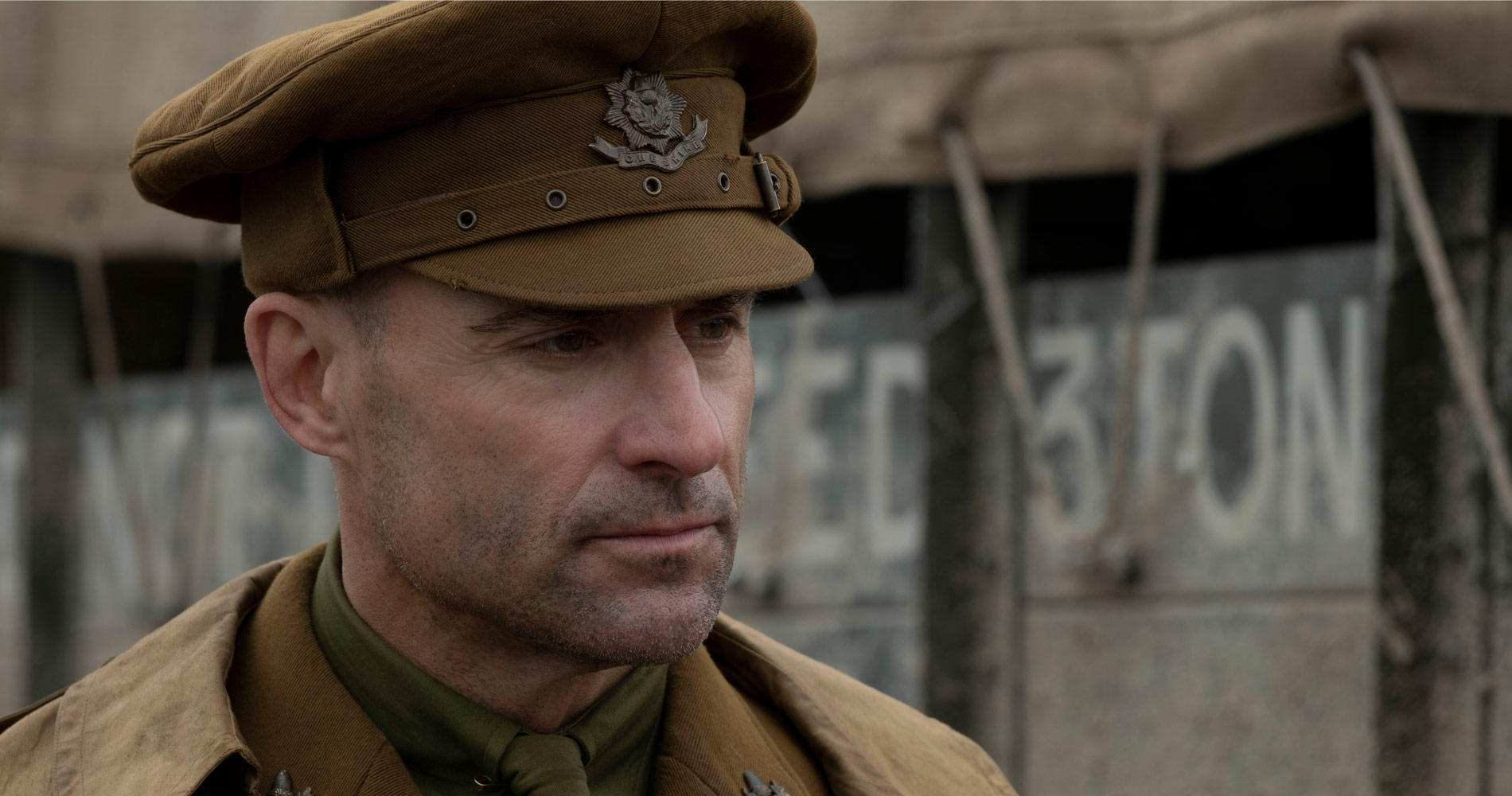 #4 The Duty of Soldiers. 1917 centers on Lance Corporals Schofield (George MacKay) and Blake (Dean-Charles Chapman) and their mission to prevent 1,600 soldiers from walking into a trap set up by the Germans. At the very start, we get a sense that both of them are good men who believe in the cause. However, as the story progresses, we see that the two have a difference in perspective: Blake relishes in being a soldier and dreams of netting glory and awards for his bravery in the battlefield, while Schofield doesn’t particularly like it. Nonetheless, they both know that they need to do this arduous task no matter what. Their conversations with each other flesh out who they are as people, and this is very effective in making us care about what happens to them. As acclaimed as Christopher Nolan’s Dunkirk (2017) was, I didn’t feel any connection to any of the characters presented on the screen. 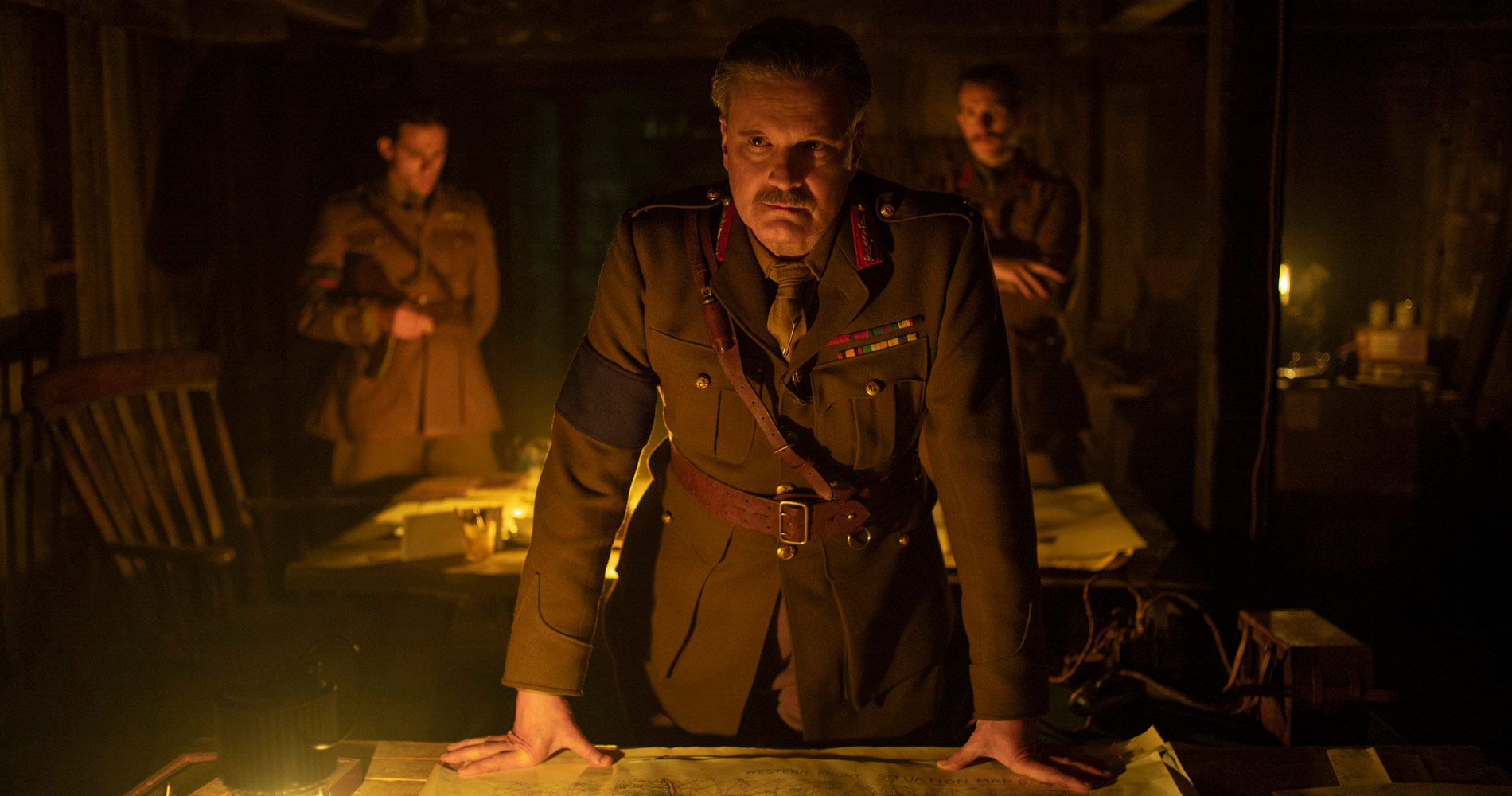 #5 Communication is Key. They say human relationships nowadays suffer because of the lack of communication. However, a hundred years ago, as 1917 reminds us, it was a matter of life and death. It was up to two men on foot to deliver an urgent message across fields and rivers littered with enemies and natural obstacles, when all it would take today is a single click. If today, there is a surplus of people peddling fake news, back then, there was an inability to get proper news at all. Life is hard and dangerous today, but life was REALLY hard and dangerous during 1917. 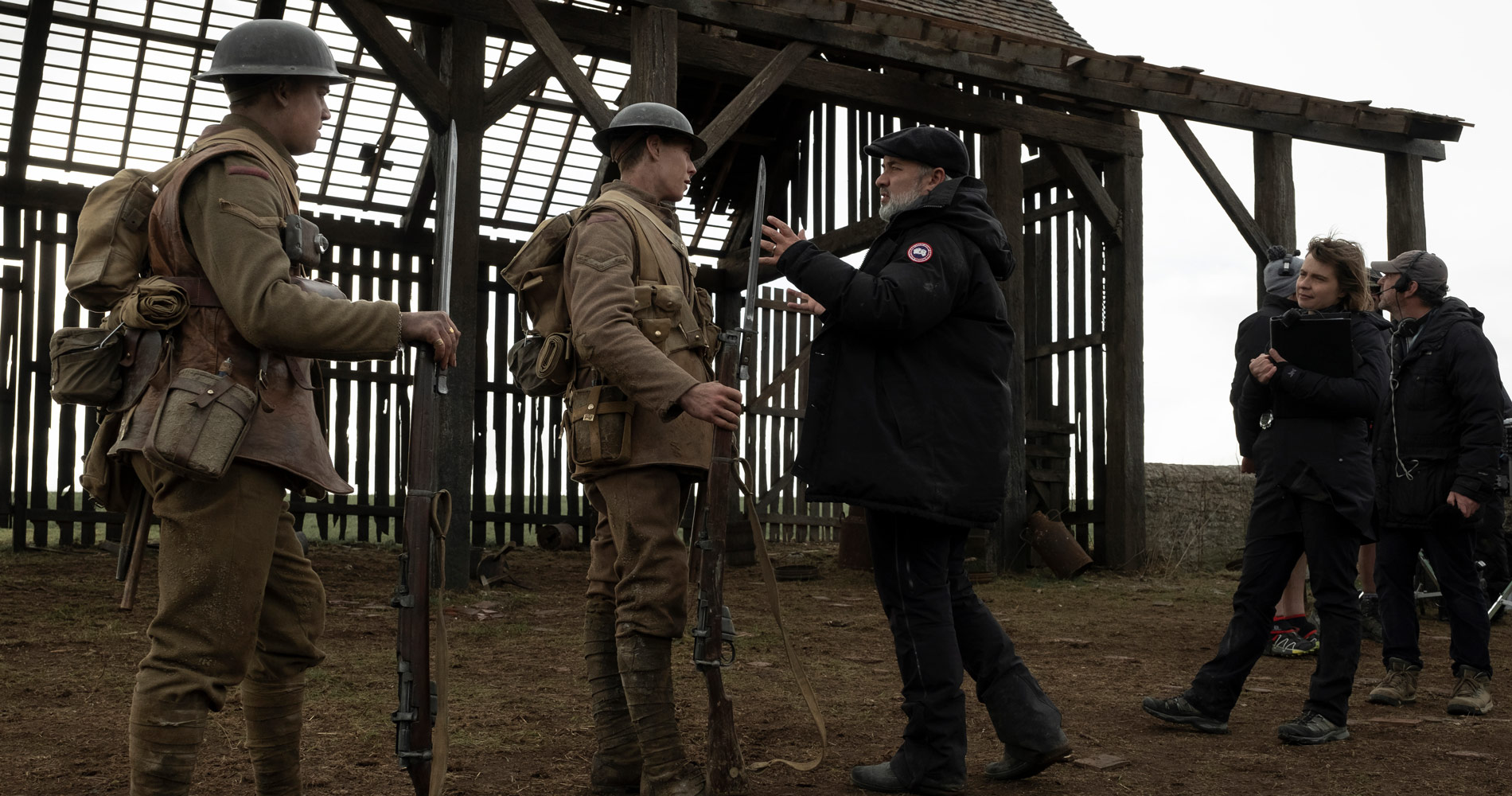 #6 The Brilliance of Sam Mendes. Mendes is no stranger to the Academy Awards. In the 2000 Oscars, he won Best Director for American Beauty (1999). 20 years after, he has a legitimate chance of striking gold again. This time around, he’s also nominated for Best Original Screenplay–because 1917 was inspired by the stories his grandfather, a WWI veteran, told him about. I like how he used 1917 to provide a fresh angle on the First World War, something that popular culture doesn’t really cover that often.

#7 The Lord of the Rings Feel. Schofield and Blake’s mission reminded me a lot about Sam and Frodo’s journey to Mordor in the Lord of the Rings trilogy (After all, the great J.R.R. Tolkien served in the British Army during WWI, and his experiences there heavily influenced his writing). The scene where Schofield swims through the water with dead bodies piled up is reminiscent of Frodo going through the Dead Marshes in the LoTR: The Two Towers. The hobbits are not as celebrated as characters like Aragorn or Legolas, but we all know that they did a lot of heavy lifting–heavy lifting that ordinary soldiers like Schofield and Blake also did in 1917. 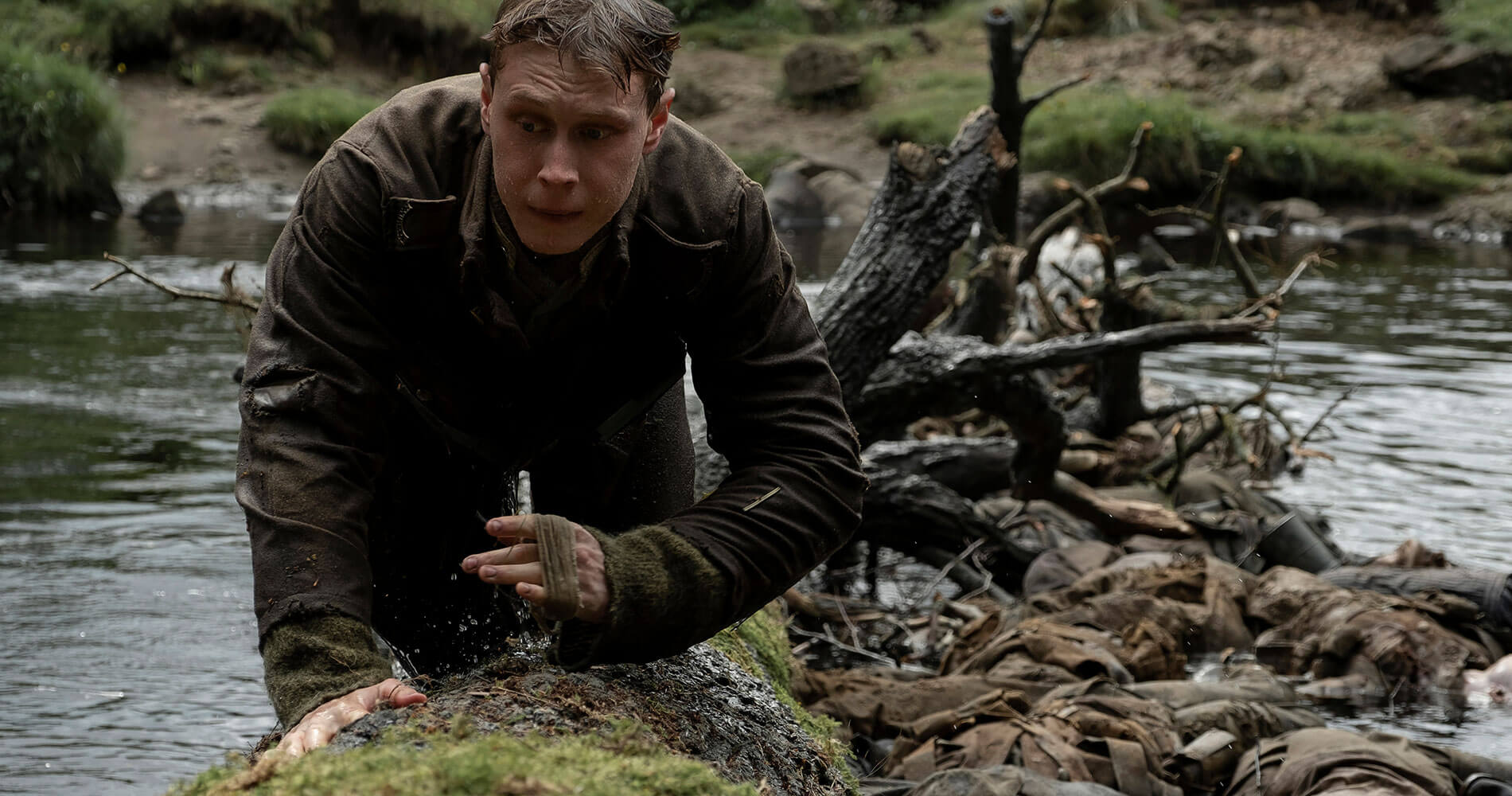 #8 Spot-on Casting. George MacKay and Dean-Charles Chapman aren’t as well known as the actors supporting them (Colin Firth, Benedict Cumberbatch, Mark Strong, and Richard Madden), but I think that’s the point–1917’s main characters were not given the right amount of attention in history, and now the spotlight is on them.

It’s quite amusing as well that Chapman and Madden play brothers in this film, as opposed to their enemy relationship in HBO’s Game of Thrones (Chapman played King Tommen Baratheon while Madden played Robb Stark, The King in the North). Cumberbatch’s Colonel Mackenzie is also eerily similar to his role in Steven Spielberg’s War Horse (2011): Major Jamie Stewart. 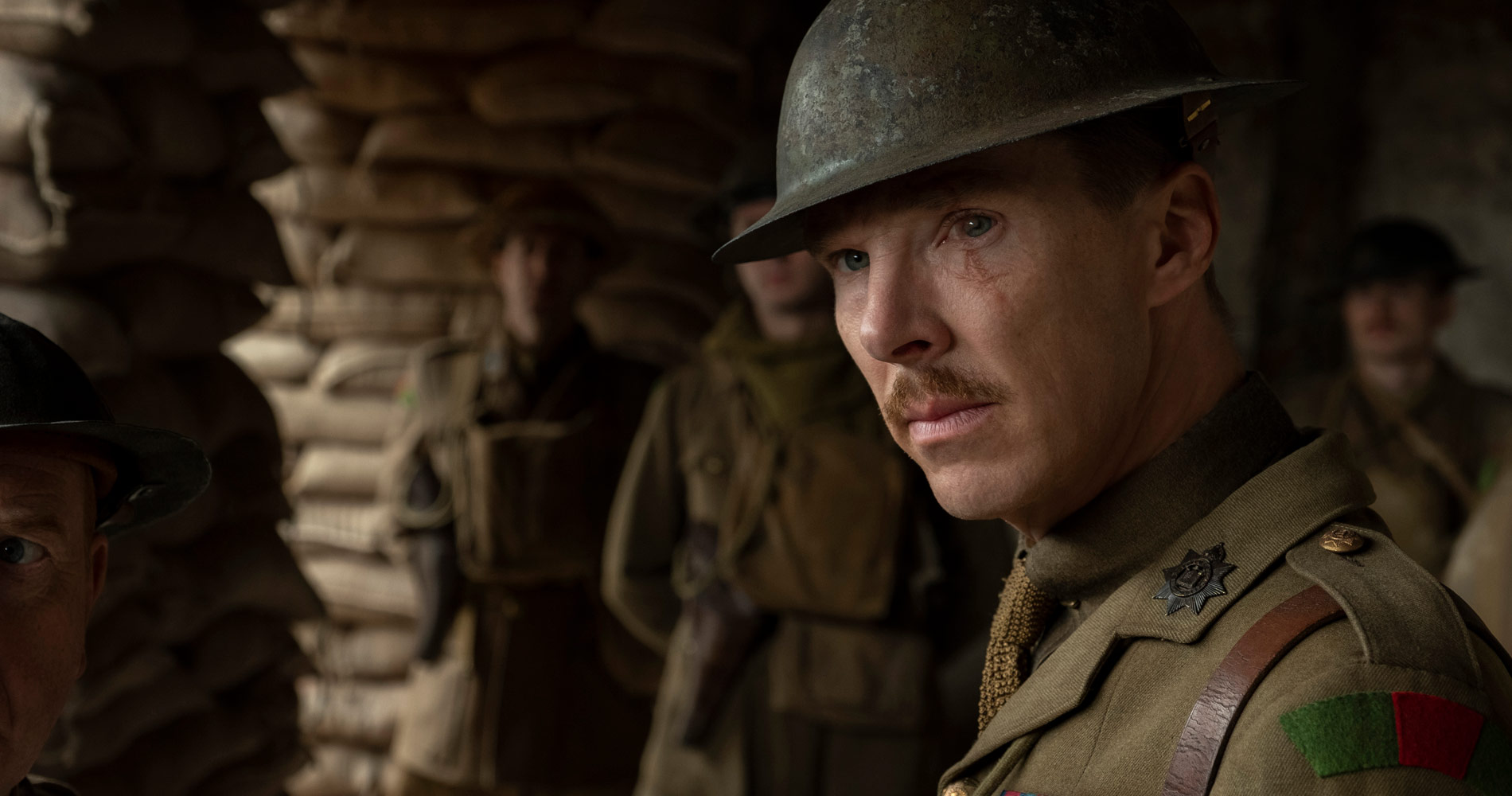 All in all, 1917 is a must-watch even if you’re not a war movie fan. If you like cinema as a medium along with the entertainment it brings, then you should definitely watch it right after reading this review. Haha!

Photos courtesy of United International Pictures. 1917, available in cinemas near you!