Outcast: A Nightmare You Need To Experience

Are you a Walking Dead fan suffering from the show’s hiatus? Is October 2016 still too far for you?

Well, you’re in for a wild treat as another Robert Kirkman creation is here in the form of Outcast, a new supernatural horror show that is sure to get your heart beating faster.

Based on a comic book series of the same name, Outcast centers on Kyle Barnes (Patrick Fugit) as he tries to fight demonic possessions that have plagued him his whole life. In the pilot episode entitled A Darkness Surrounds Him, he teams up with Reverend Anderson (Philip Glenister) to help a mother save her young son Joshua (Gabriel Bateman) from an evil entity.

Just a few seconds into the opening credits and you can already sense that death is in the atmosphere. The mood is certainly set by the ominous music. The first scene is probably one of the most unsettling starts of any TV show that I have ever watched. I won’t spoil you how it happens, but trust me when I say that when you see it, you probably won’t forget the graphic images anytime soon. THEY WILL BE LODGED INTO YOUR BRAIN.

When the first Outcast comic book issue came out, Kirkman said that the story of Outcast is, in a way, scarier than the Walking Dead because the events here are more likely to happen in real life than a zombie apocalypse. Sure enough, this show hits closer to home as we see otherwise regular people suddenly struggle with something that is beyond their control. Let’s face it, normal life is hard enough as it is. If you think a not-so-friendly spirit is out to get you, then the feeling of dread and helplessness will be more than real. It’s also worth noting that suspense is kept all throughout the episode. There were no dull moments, and seemingly peaceful scenes can abruptly lead to very sinister flashbacks. What works in Outcast is that it doesn’t try to be scary the entire time. It waits until you’ve let your guard down and then strike mercilessly. It is, indeed, pretty savage.

The cast of Outcast has no flashy names but is still solid, nonetheless. It is led by Patrick Fugit as Kyle Barnes. Admittedly, I haven’t really watched a lot of his material yet, but his performance in the pilot alone is already enough for me to look forward to the next episode. Fugit holds the show together and makes Kyle a relatable protagonist that is easy to root for – an average Joe with a dark past and his own set of demons. Gabriel Bateman, although just a guest star, is so effective and frightening at playing Joshua that you might rethink the whole idea of having your own kid in the future (just in case, you know, he starts acting crazier than usual). If Outcast is able to keep the same caliber of talent, then we ought to be excited about the rest of the season.

Outcast is not like your usual, over-the-top horror stories that just make you flinch when you try to watch them. Instead, it is a unique visual experience that taps into our deepest fears and invites us to join Kyle in his dangerous journey of self-discovery. 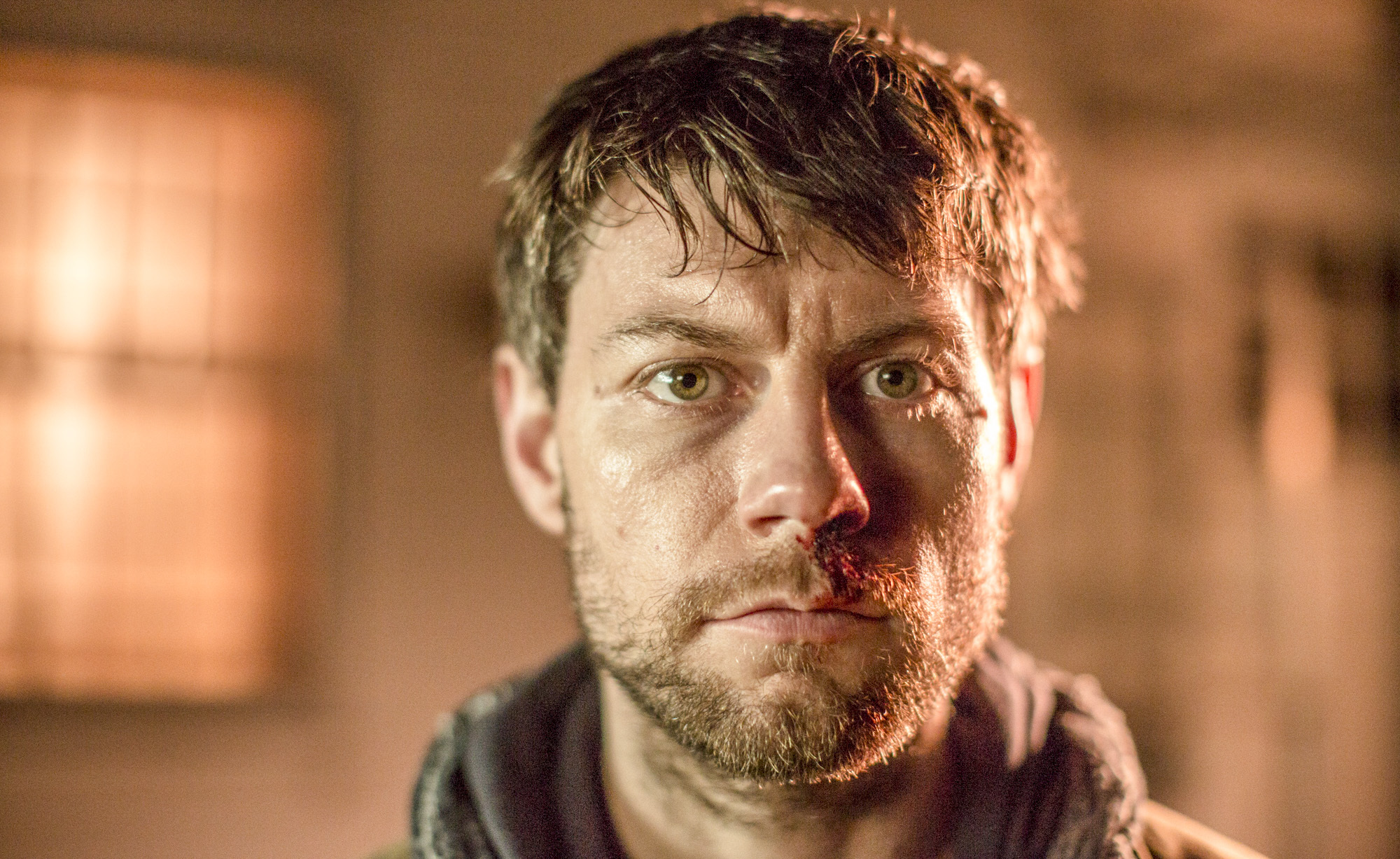 Note: Outcast is distributed internationally by Fox International Channels. They have been extremely generous with this since they’ve made the first episode available for streaming on their Facebook page:

[…] For those of you who are just joining us now, Outcast is a hot new horror show from the creative mind of Robert Kirkman. A Cinemax Original Series, it is based on the comic books of the same title. (Please check out a non-spoiler review of the pilot episode here). […]