Into The Night follows the frantic passengers of flight BE Air 21 after they get hijacked by a man who claims that sunlight has now become lethal.

The Beardict: 9 out of 10. Into The Night has everything you would want in a sci-fi doomsday series: intense plot, interesting characters, infighting, and impossible choices. This Belgian thriller is easily my favorite show of 2020. 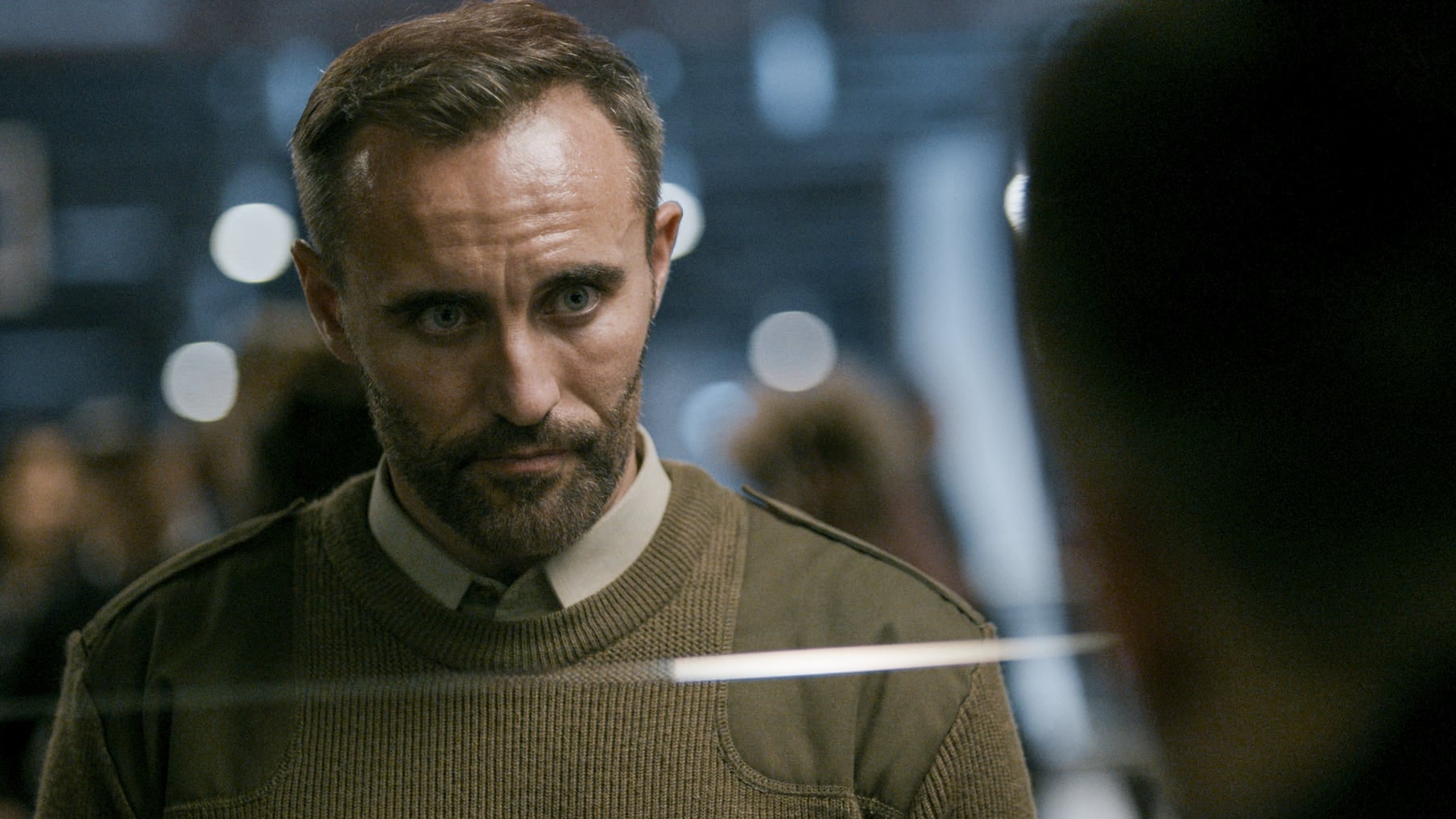 Anything can happen, and it’s usually something bad. The premise of Into The Night is plausible, as well as the challenges they come across. It’s quite hard to predict what’s going to happen next, and characters get pushed to the edge all the time. Pacing is good, and just when things are starting to calm, a new crisis emerges or someone suddenly dies a la Game of Thrones (Yes, it’s brutal that way. Haha).  The six 40-minute episodes are stringed together wonderfully that you can binge watch them and treat the series as one long movie, kind of like Kingdom (click here for Beardict)–except that it’s death from above instead of flesh-eating zombies. 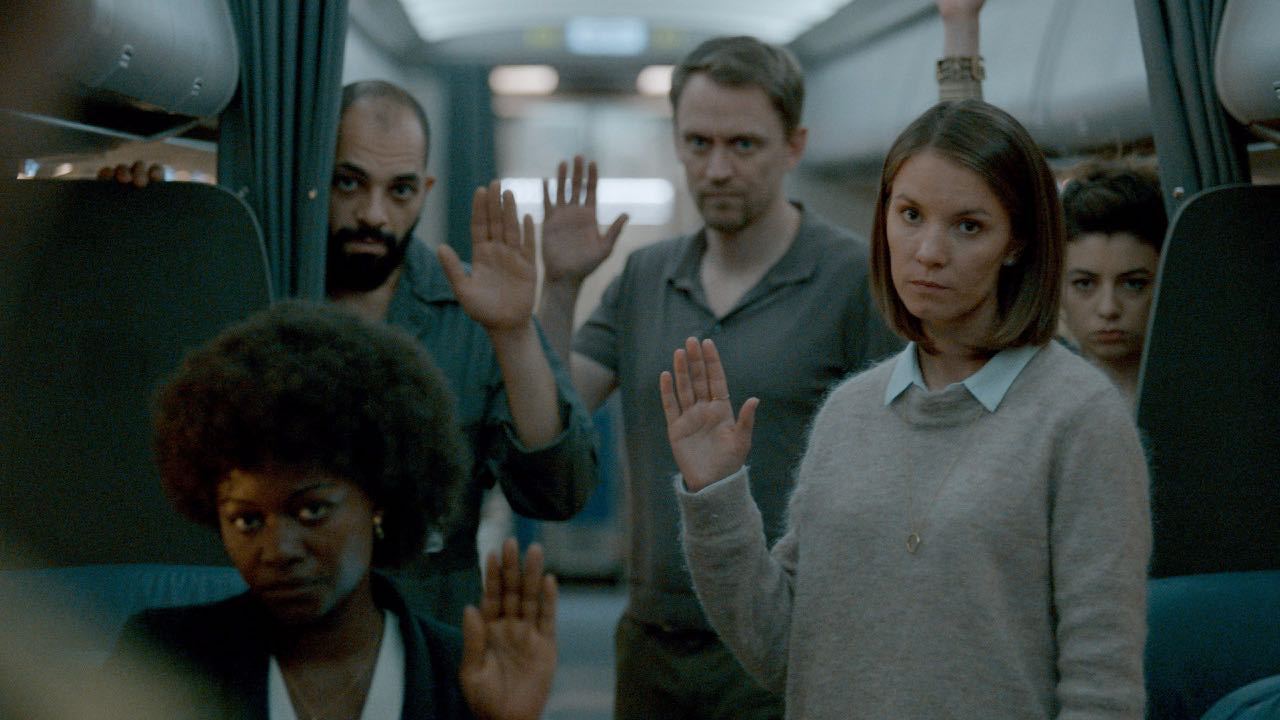 Diverse characters/casting. One of the reasons why Into The Night is so interesting is because of its authentic diversity–not only are the passengers of different professions, but they are also of different beliefs and nationalities. The plane’s mechanic Jakub (Ksawery Szlenkier) is of Polish descent, while the haughty North Atlantic Treaty Organization (NATO) soldier Terenzio (Stefano Cassetti) is Italian. Terenzio is often at odds with Ayaz (Mehmet Kurtulus), a Turkish man with a mysterious background. Ayaz feels a connection with Zaya (Regina Bikkinina), a young Russian mom whose number one goal is to protect her sickly son, Dominik. While all of this is happening, popular influencer Ines (Alba Gaïa Bellugi) tries to document as much as she can, even though she’s not sure if she can get out of this nightmare alive.

This first Netflix original series from Belgium features a flurry of languages: French (main), Arabic, Russian, Dutch, Italian, and English (at least those were what I was able to catch!) . For me, this is refreshing compared to having a huge name with star power surrounded by a supporting cast. 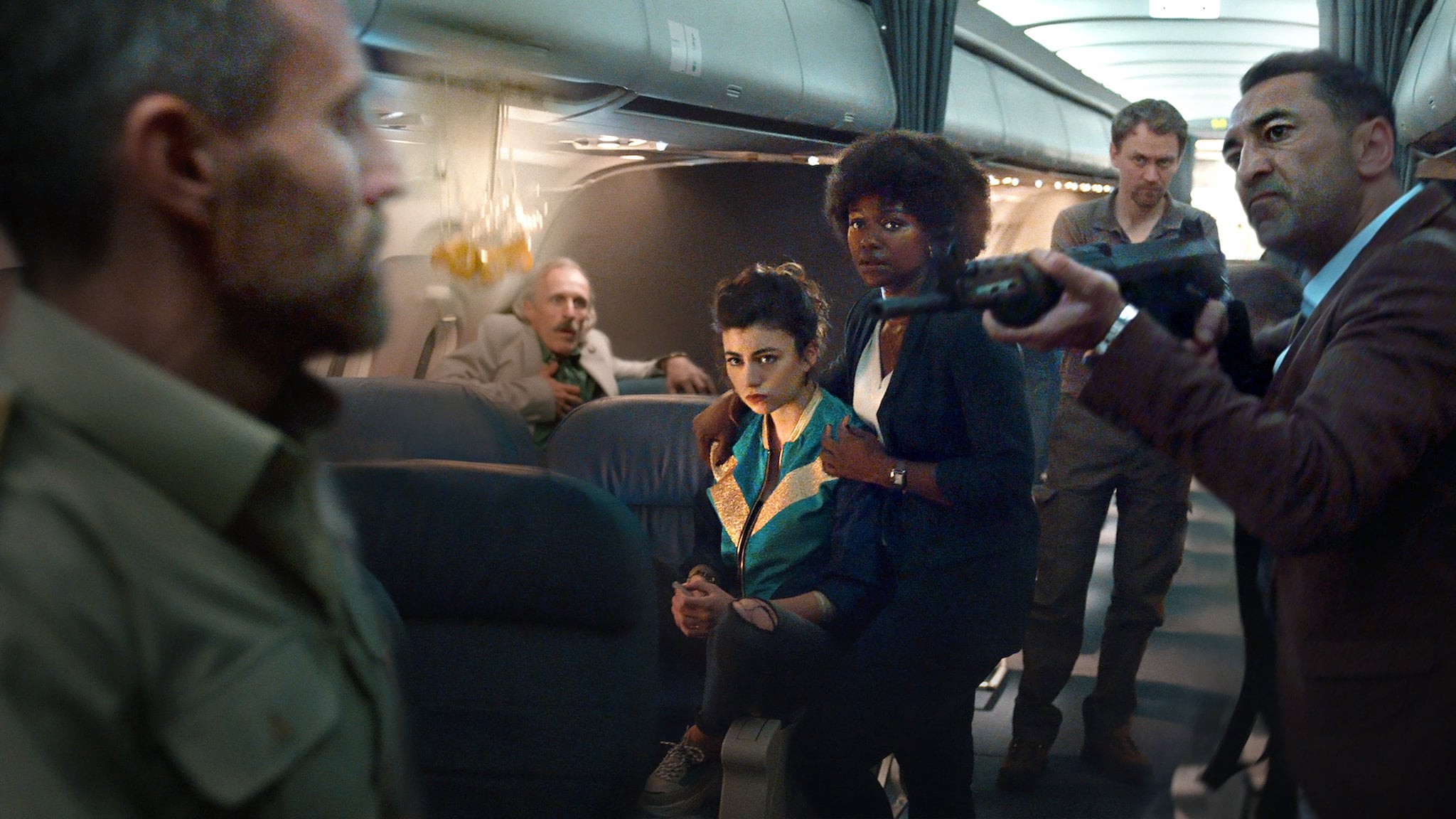 Unique character development style. Because Into The Night is fast-paced, there’s not much time to get to know a certain character in one go. We discover more and more about who they are as people based on how they act during situations. However, at the start of every episode, they have a flashback focus on someone’s backstory, a semi-hint that he/she will be relevant in the scenes that follow. We are then brought back into the present and watch alliances grow and wither among this band brought together by circumstance and the will to survive.

This process also makes us reflect on our own travels and commutes, and the strangers we encountered who caught our eyes. What are their professions? What are they doing right now? Would they have become our friends if we decided to talk to them? More importantly, how many of them would we have been able to count on during a crisis? 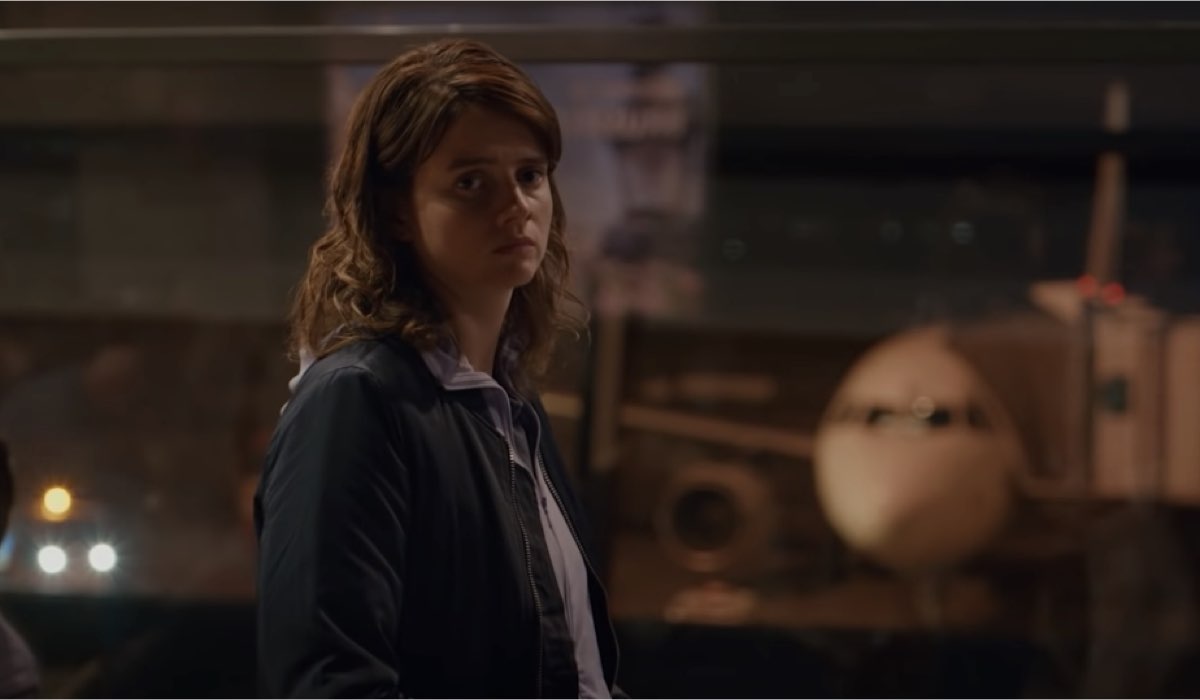 Sylvie Dubois, the unlikely and relatable hero. “I must be the only person who managed to survive by trying to kill herself.” The first episode is named after her, and she is the initial character we get acquainted with. Due to a personal tragedy, Sylvie (Pauline Etienne) boards the flight as a jaded woman. However, this former military chopper pilot is forced to rise to the occasion and become the leader her fellow survivors need. Who wouldn’t want to have a renewed purpose in life, yeah? 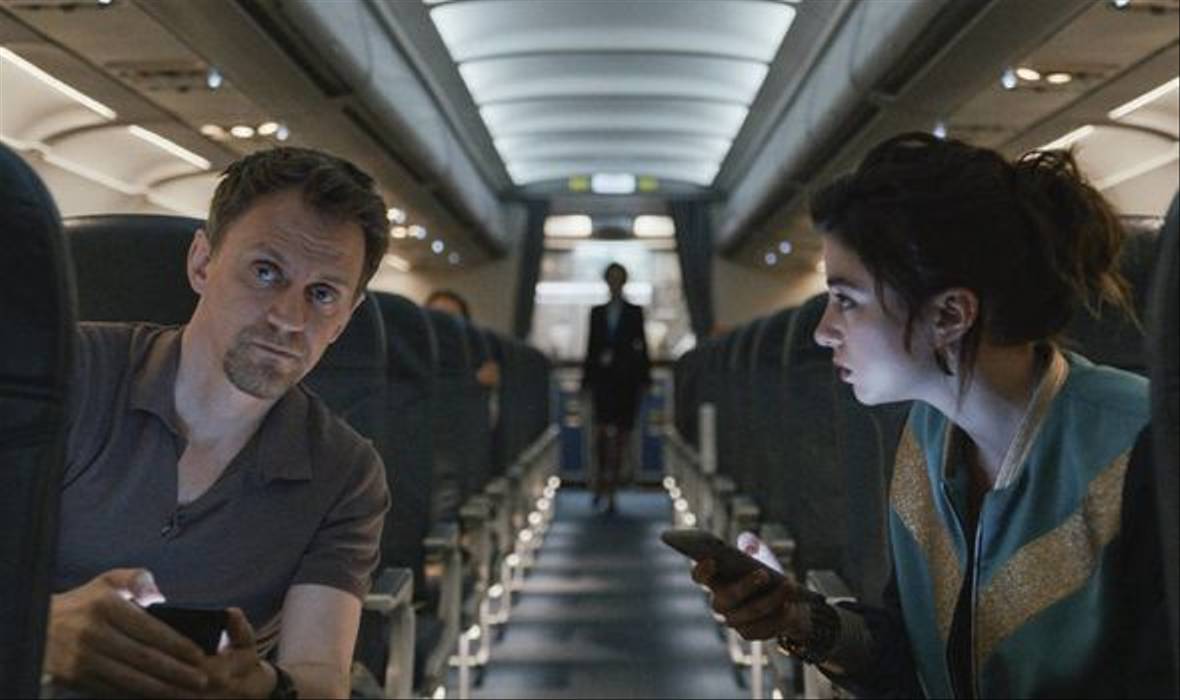 A timely show for 2020. Since we’re faced with a global pandemic right now, people often joke that maybe, 2020 is the real 2012 (Mayan prediction for the end of the world). People are stuck in their homes and travel has become taboo–airports are basically modern-day ghost towns. Into The Night’s premise gives us a scarier alternative scenario: a world where you have to be on the move all the time, and non-stop flying is the only thing that can prevent you from becoming sun barbecue (Speaking of the sun, it can be pretty scary). If you miss riding an airplane, the show puts things into perspective and reminds us that worse events can actually happen. 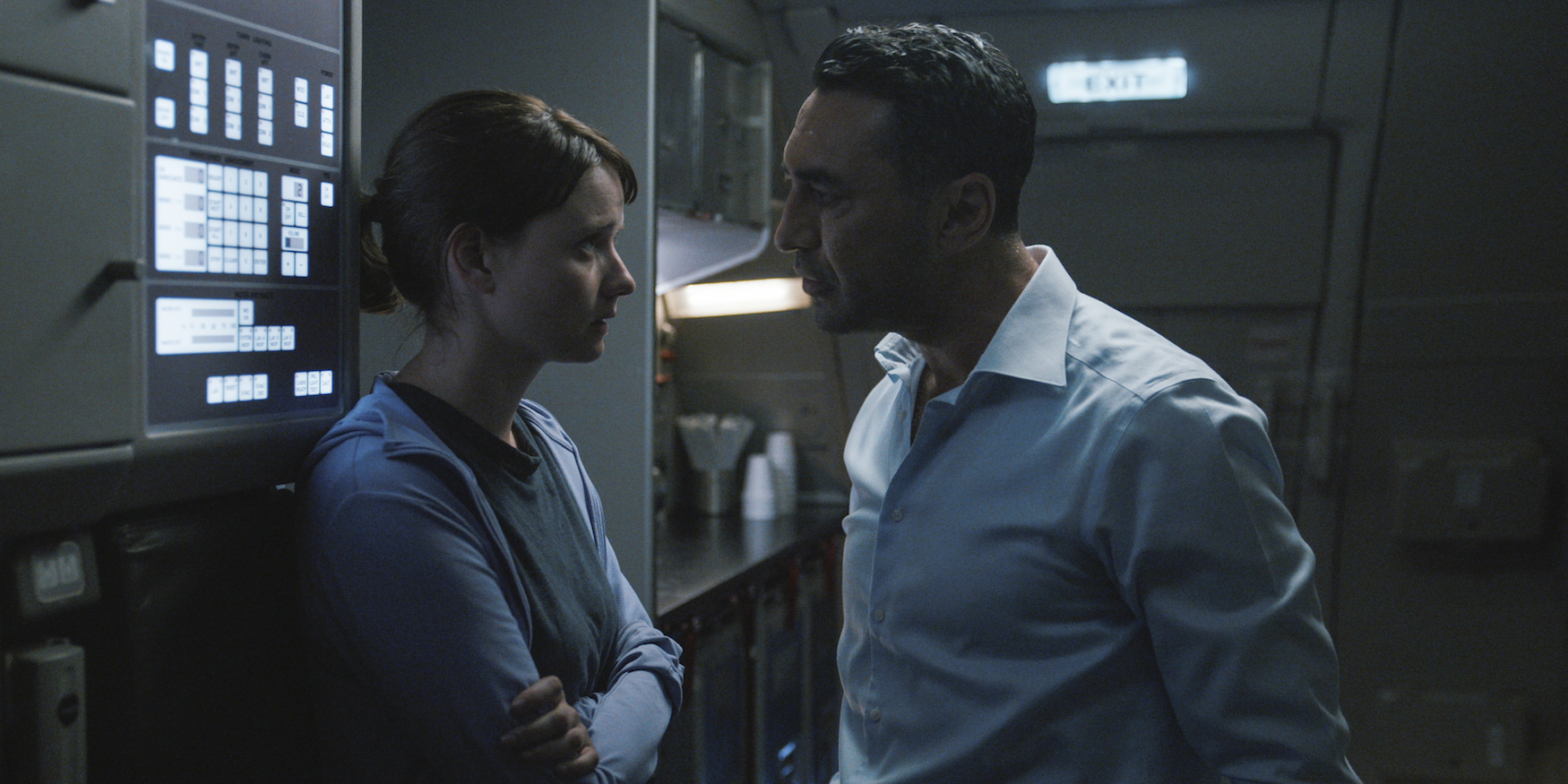 Creator’s body of work is impressive. Based on the Polish science fiction novel The Old Axolotl by Jacek Duka, Into the Night was adapted by Jason George. He’s not a household name, but when I checked his IMDB page, it was full of television accomplishments from the last decade. He served as producer for mainstream shows like The Blacklist, Scandal, and Narcos, and was also involved in foreign language Netflix releases such as The Protector, Ingobernable, and The Naked Director. It’s no surprise then that Into The Night turned out the way it did–an exciting, multi-cultural experience. 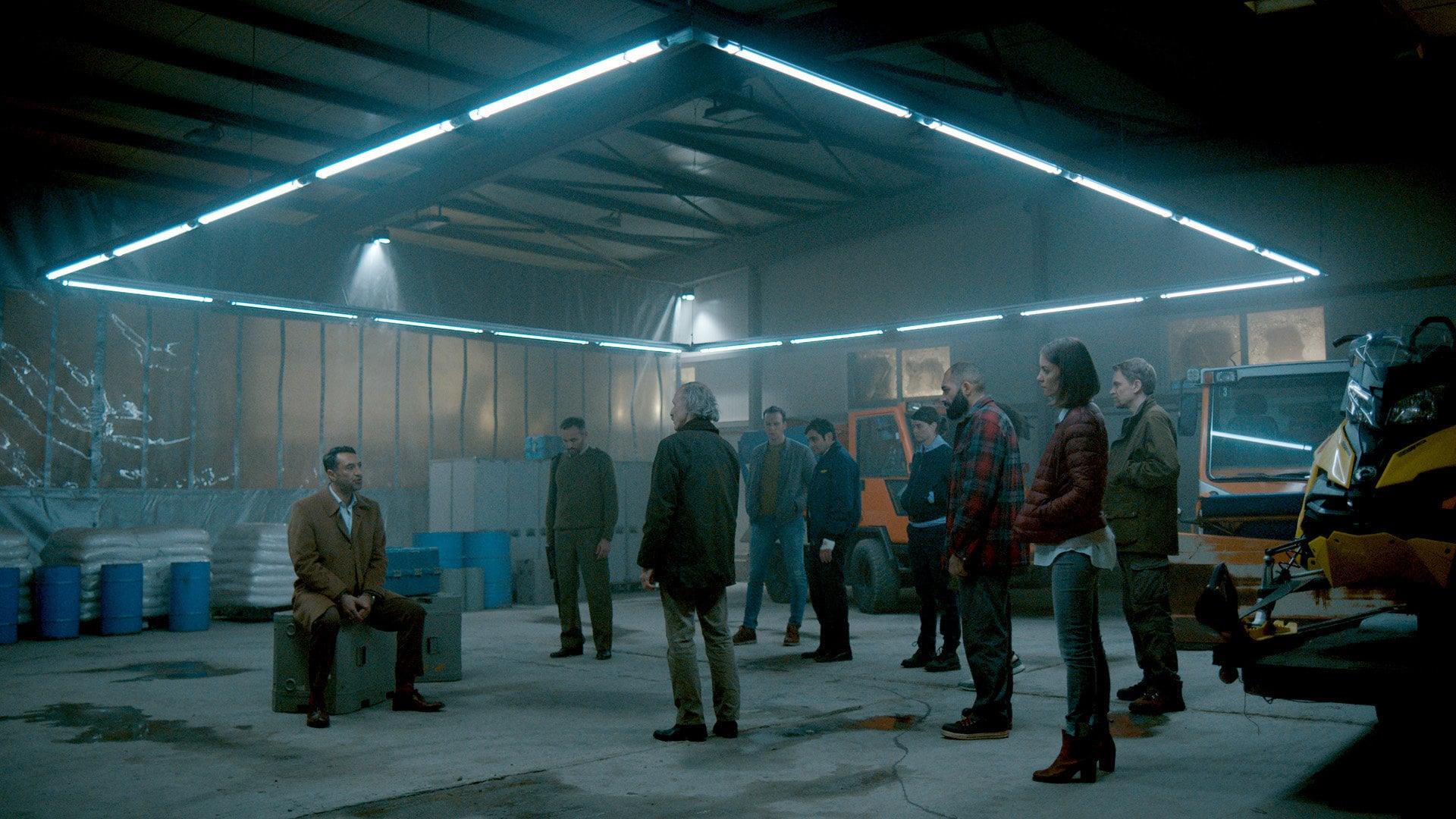 High hopes for Season 2. There’s no word yet on official renewal, but for an under-the-radar offering, the show seems to have performed well. Amidst the K-dramas and usual Hollywood offerings, Into The Night did pop into Netflix PH’s Top 10 during the start of May.  The last episode not only offers some sort of conclusion and wraps up the initial story arc quite nicely, but also sets up our characters for bigger challenges in the second season. Just how many people are still alive? Is it already the end of the world? Speculation: I think either the DNA of the unidentified critter that Dominik saw or the material of the bag it was in will play a big role in solving the sun problem.

Into The Night deserves all the attention that it gets as the debut season was a well-executed, high-octane science thriller. It is also a solid reminder of the beauty of subtitles–because they enable us to consume relevant content without any trouble at all.

Photos courtesy of Netflix. All six episodes of Into The Night are available for streaming on Netflix.