In 1991, SEGA  released Sonic: The Hedgehog, a side scroller video game featuring the furry blue speedster as the title character. Fast forward to 2020, Sonic remains as one one of the most beloved and iconic gaming characters of all time, and that is why his first live-action film is a very, very big deal.

Sonic the Hedgehog (2020) revolves around Sonic (Ben Schwartz), a young, talking, ultra-fast “hedgehog” alien who relocates to the quiet town of Green Hills, Montana after fleeing from unsavory elements in his home planet. He tries to build a life there and becomes especially fond of Sheriff Tom “Donut Lord” Wachowski (James Marsden). During a frustrating evening, he accidentally causes a power outage in the Pacific Northwest, and the military sends in eccentric evil genius Dr. Ivo Robotnik (Jim Carrey) to find the culprit responsible. 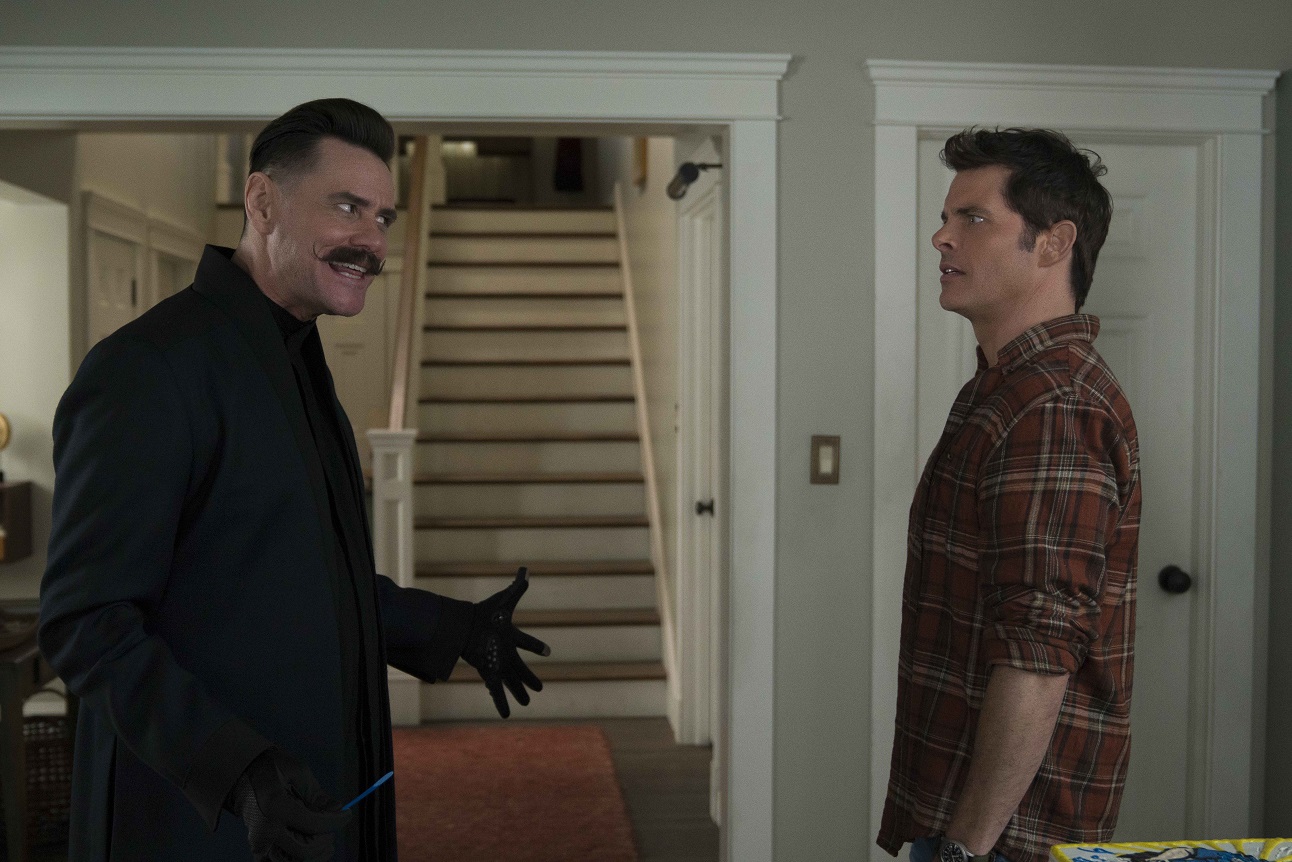 The Beardict: 7 out of 10. Video game adaptions and talking animal movies are always tricky to pull off, but Sonic the Hedgehog  does a good job in engaging the audience. With its bright special effects and cartoonish action, this light-hearted film has something for both old and new fans alike. Although a bit predictable at times, just seeing Sonic creatively use his speed to get out of sticky situations more than makes up for it. I would be down to watch a sequel, and given how early box office predictions have been very positive, the chances of it getting produced is quite high.

#1 Building Sonic and the world around him. Remember how I said earlier that Sonic has a sturdy fan base? In 2019, Paramount Pictures released the first trailer for Sonic the Hedgehog and most fans were absolutely livid about the character design. They believed that he looked too different from the character they knew and loved. In response, the guys responsible for the movie promised that they would revisit Sonic’s look, and you can see the hard work they put in as they pulled it off spectacularly. The final product is not a copy-and-paste of the video game version, but is extremely close to it. Plus, the way they animated a CGI Sonic and made him interact with the real world was well-done. The environment blurred and his feet cackled with electricity as Sonic ran past an area, and seeing him transform into a blue ball of energy was just pure gold.

#2 Sonic’s extraordinary abilities. While it’s true that Sonic’s not your usual muscular and handsome superhero a la Superman, it doesn’t stop him from being severely overpowered. He can run off the side of buildings and take out a tank with ease. To emphasize Sonic’s speed, there are scenes where time freezes/slows down to a crawl (Most likely, they got this idea from that fun Quicksilver sequence in X-Men: Days of Future Past). In the games, every level/challenge involves Sonic running around and collecting gold rings. The film effectively explains what these rings are for and uses them as a cool plot device to move things along.

#3 An attempt to modernize. Sonic is nearly a 30-year-old character, and although loyal fans will for sure see the movie to support it, they also need to appeal to a wider and younger audience. This is probably why Sonic the Hedgehog is not set in the 90s, and is full of updated pop culture references from Star Wars, DC Comics, and The Fast and The Furious (it makes sense though – Sonic is all about speed, and Neal Moritz is the producer of the Fast and the Furious franchise. Haha). However, the music and sound effects still give a throwback vibe, and Sonic and Tom having fun at the bar is reminiscent of a time before the Internet.

#4 Sonic is given depth and character growth.  Yes, we spend most of the movie following Sonic as he tries to avoid Robotnik’s clutches at every turn. Still, at the heart of the movie, it is really about him developing a bromance with Tom and trying to tick the boxes in his bucket list. Unintentional or not, Sonic the Hedgehog’s friendship theme serves as counterprogramming to all the Valentine’s Day-themed events during the week. Sonic also spends a considerable amount of time being a super annoying teenager, but by the end of the film, he blossoms into a hero we can root for. 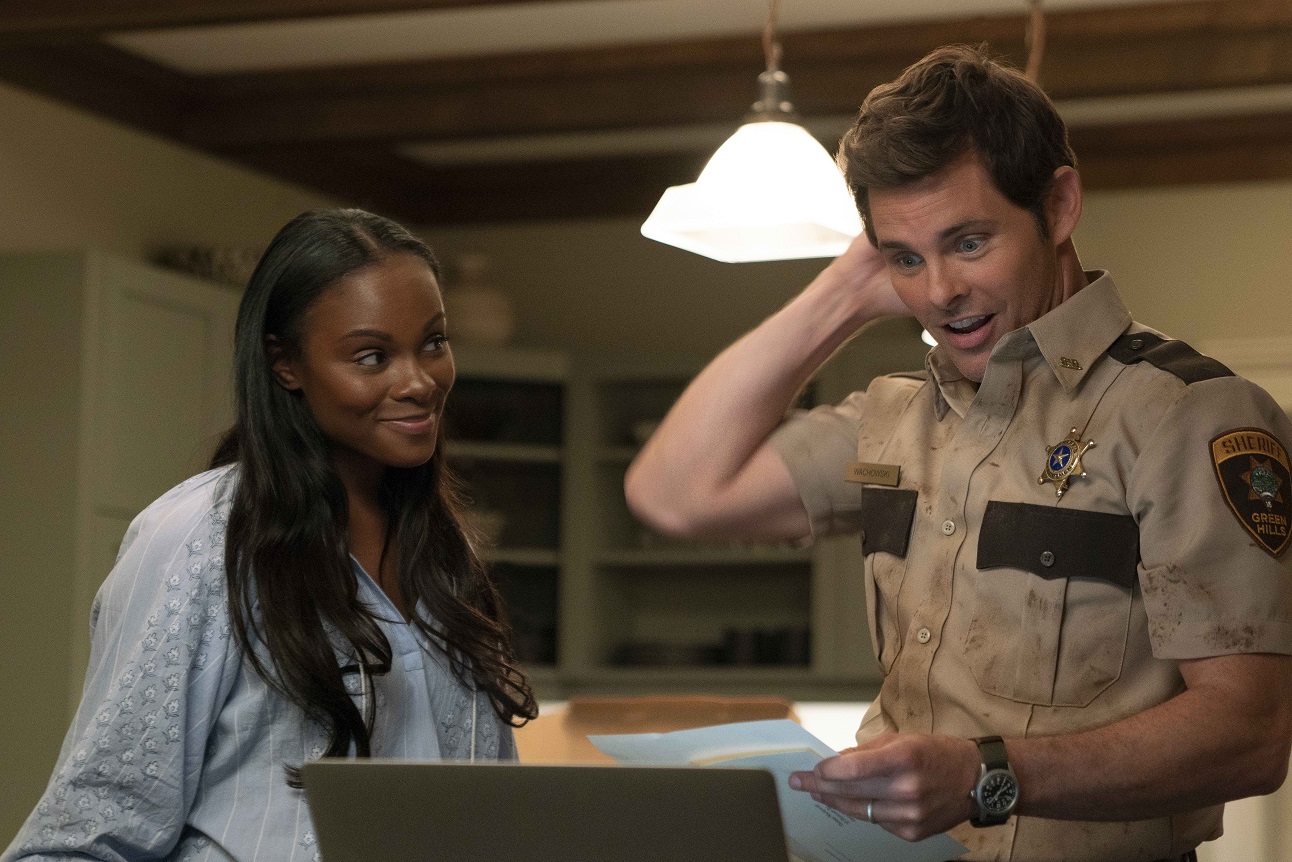 #5 Casting done right.  Disclaimer: I am huge James Marsden fan and I feel like he is one of the most underrated stars in Hollywood. Seeing him first-billed in Sonic the Hedgehog with a script that makes Sheriff Tom more heroic than Cyclops ever was in Bryan Singer’s X-Men movies made me really happy. Haha. He also has the right level of chemistry with Tika Sumpter, who plays his supportive wife Maddie, and holds his own against the one-and-only Jim Carrey. Although Carrey has been praised for his energy as Robotnik, he has played too many weird characters in the past like The Mask and Ace Ventura that sometimes it feels like I’ve watched his supervillain antics before.

#6 Pre-Credits and Mid-Credits Scenes. Ushered in by the Marvel Cinematic Universe (MCU) era of movies, a lot of blockbuster films now feature bonus content at the end. Please make sure to stay for Sonic the Hedgehog’s pre-credits and mid-credits scenes since they show exciting previews for a possible Part 2!